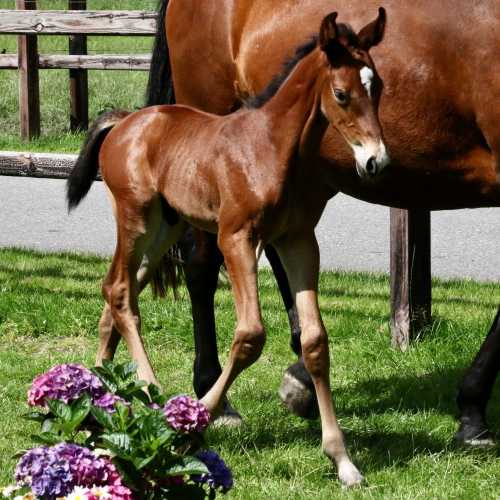 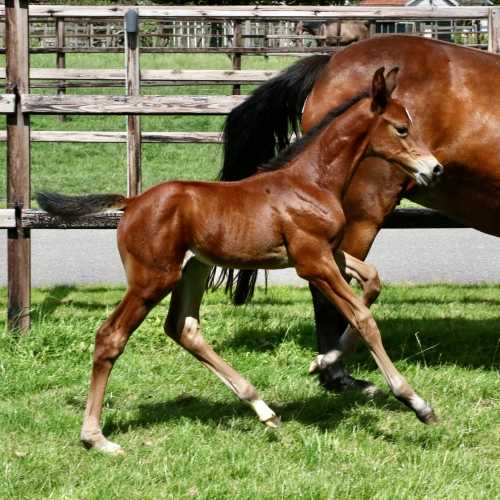 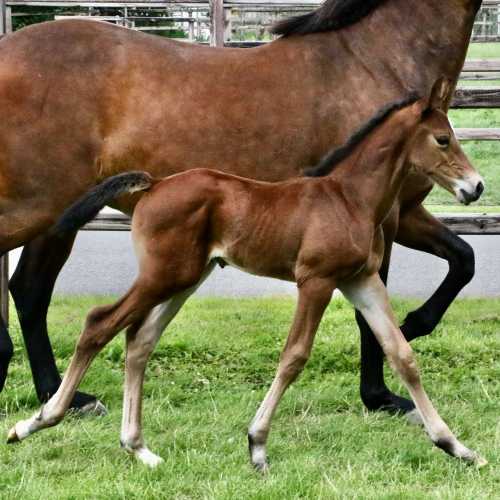 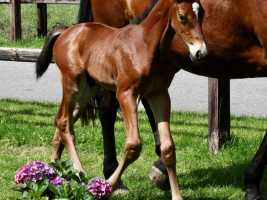 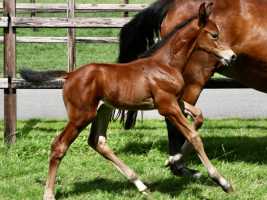 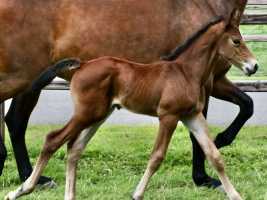 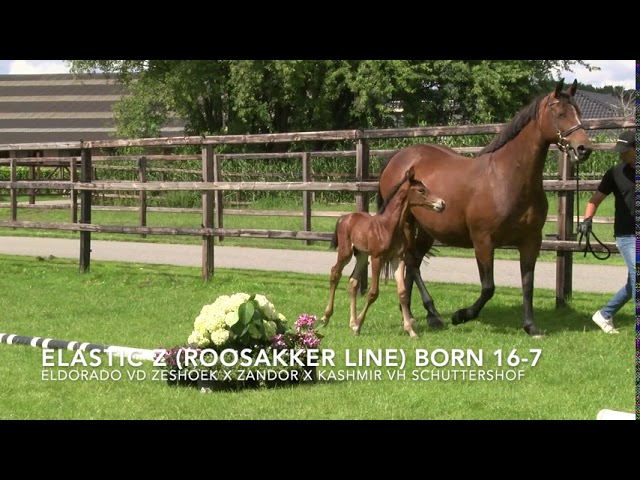 Also this born foal descends from Eldorado out of the Roosakker family. Dam is Lester van ’t Roosakker (also for sale), who has as many as five 1.60m Grand Prix showjumping stallions in a row in her pedigree. She already produced the 6-yr-old promising mare Onatella van ’t Roosakker, who is ridden by Dieter Laheyne (BEL).

Eldorado jumped at 1.60m level himself, but is an even better sire. His offspring are breaking through all over the world at the highest level, such as Jeunesse, Japatero VDM and Killer Queen VDM. And what to think of his 8-yr-old son Grandorado, who has already reached 1.55m level under Willem Greve? Eldorado passes on sheer unlimited power.